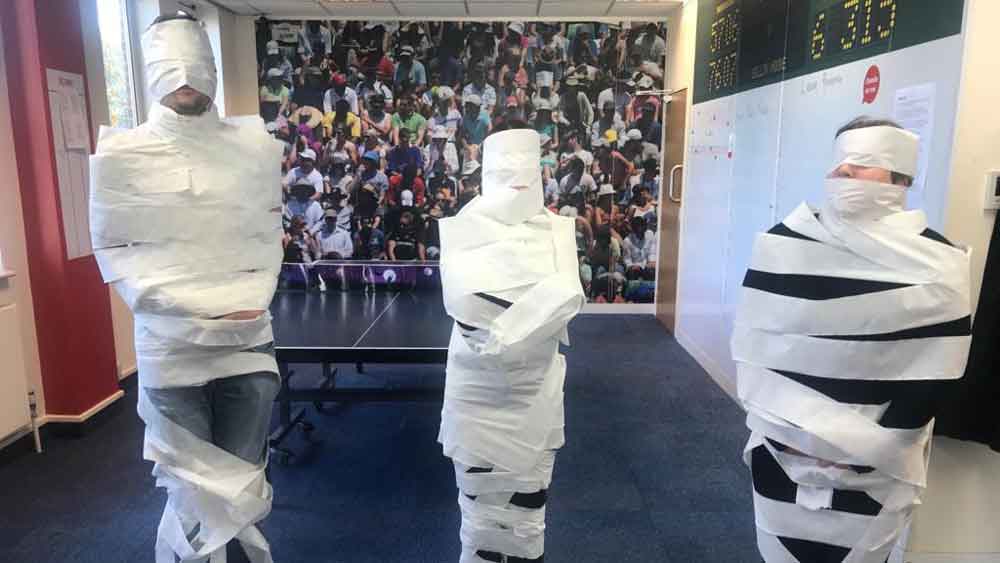 It was fun and frolics in the office to celebrate Halloween with the whole team getting involved in some ghoulish goings-on. With the office kitted out in cobwebs and pumpkins it was the perfect setting for some team silliness. With team captains Ron Kreepy Kellermann, Richard Bone-chilling Beacroft and Jamie Monster McCandlish heading up the teams we knew competition was going to be fierce.

First on the agenda was the mummification contest with Sophie and Jamie romping home with bandaging that St John’s ambulance would be proud of. With valiant efforts from Ross and Sadie, and some tactical twirling from Paul and Alex, all 3 mummies were a terrifying spectacle. And it only took 3 industrial sized toilet rolls to have our 3 mummies set for trick or treating.

The next activity was a terrifying food tasting with members of the team putting their trust in their colleagues as they were blindfolded and fed all kinds of interesting things including coffee granules, lemon juice, ginger and baby-food.  Jamie, John and Dan bravely took on the challenge and were pulling some pretty scary faces as they tasted the variety of interesting flavours. John, the winner managed to identify all 7 foods – that’s some pretty keen taste buds! Well done John! 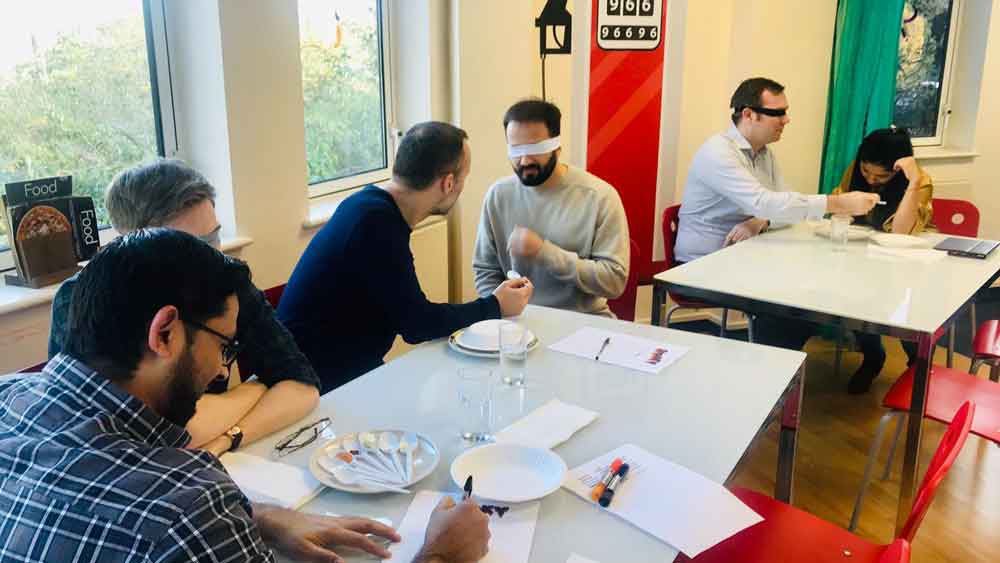 Finally, perhaps saving the best ‘til last, was a doughnut eating contest to end all doughnut eating contests. Our three team representatives each had to eat a chocolate doughnut that was suspended at roughly mouth height. With them swinging precariously as our eaters tried to polish them off, it was no mean feat. Competition was rife with our 3 contenders Richard, Paul and Valentin valiantly stuffing their faces with both speed and agility. Money was on Richard to win as he is famed in the office for his sweet tooth, but he was just pipped at the post. Congratulations to Valentin who managed to wolf down his doughnut, hands-free in less than 2 minutes. Quite the achievement. 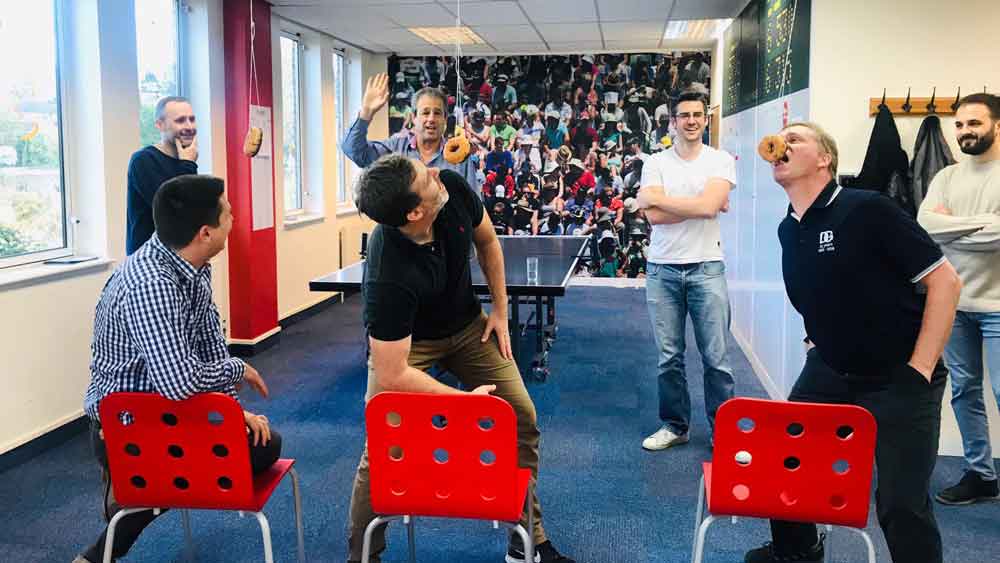 We rounded off the day with some Halloween inspired treats, to make sure everyone was fully refuelled ready for the afternoon.

Special thanks to Jo and Abbly for arranging everything.